Mr. Salinas brings a background in public humanities and nonprofit management to ACAC. He has worked on public history projects for the Library of Congress, Smithsonian Institution, and Tennessee Valley Authority. Andrew has an MA in Folklore and Literature from Ohio State University. He moved to Athens to pursue an MBA in 2014 after working at the Amistad Research Center, a hybrid archive/library/museum in New Orleans documenting the ethnic American experience. He works in the Terry College of Business at UGA and is on the board of the Athens Latino Center. Andrew and his cats like to collect vernacular art from the Deep South, and he enjoys trail running and working with his hands.

Ms. Alderman has been active in arts programs throughout her lifetime. She served on the Athens Public Art Task Force in 2010 to design the public art policy. She also helped develop an inventory of local public art. 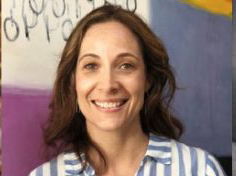 Ms. St. Onge is a former public school educator and the current Financial Manager at CLOTH & KIND, a nationally recognized residential and commercial interior design studio based in Athens, GA and Ann Arbor, MI. As a mother of three and a native Athenian, Darcie loves sharing the Athens experiences she remembers as a child with her own children, along with exploring new opportunities currently available. Darcie is excited to be part of a team that showcases local artists and works to creates spaces that encourage questions, imagination and communication amongst all members of the Athens community.

Supported by her creative family with specialties in engineering, music, technical theatre design, historical preservation, and more, Bates came to Athens in 2011 to study Art History at the University of Georgia (B.A. 2015). While studying for her degree, she joined the opening staff at Creature Comforts Brewing Co. and established the brewery’s rotating art exhibitions and accompanying programming. These efforts culminated in Creature Comforts’ Get Artistic initiative, which supports local artists and arts nonprofits through events, exhibitions, funds, and advocacy. Bates has worked with hundreds of local artists to inspire joy, creativity, and empathy across communities through shared experiences with art. She is also a lifelong musician and currently plays percussion in two volunteer symphonic ensembles in Athens.

Ms. Brown is a consultant with a background in science and social justice. As a biochemist and medical researcher in the field of cancer diagnostics, she traveled nationally and internationally teaching state-of-the art diagnostic, and biotechnology practices. She is a certified facilitator with the National Coalition Building Institute of Washington, DC. Beatrice is an affiliate at the Intercultural Communication Institute in Portland, Oregon. Her expertise includes facilitation, mediation, interactive learning, training games and simulations, and controversial issues process. Brown holds a BFA in fashion and design, a BS in Biochemistry and a Ph.D in Immunology, Cell Pathology and DNA repair. As a consultant, she has helped hundreds of organizations, teams and individuals be more productive, creative and inclusive.

Ms. Brumby has lived in Athens-Clarke County since 2001, and is an avid consumer of local arts and culture. Brumby has participated in the Athens-Clarke County Interagency and Community Council and Envision Athens: Create Arts and Culture advisory work group. She is retired after 40 years of working in public education and public libraries, having worked for 12 of those years with the Athens Regional Library System, responsible  for branch libraries, collection development and grant applications. She has training and experience in Asset-Based Community Development, which emphasizes identifying and promoting abundance and opportunity present within one’s community and among its residents.

Ms. Cahnmann-Taylor is an award winning professor of TESOL and World Language Education in the Department of Language and Literacy Education. She has published and co-authored two books in education. Her numerous poems, essays, and articles about language learning have appeared in the Georgia Review, American Poetry Review, Women’s Quarterly Review, Cream City Review, Barrow Street, Puerto Del Sol, Mom Egg, Anthropology and Humanism, Language Arts, TESOL Journal, and many other literary and scholarly homes. She publishes Misha’s Poetry Cast and runs an annual “Seat in the Shade” poetry series in Athens, Georgia. She aims to raise two Spanish-English bilingual-bicultural children and to enhance Americans’ access to world languages, creative literacies, and multicultural humilities.

Ms. Ford is a graduate of the University of Georgia. She was elected an Athens-Clarke County Commissioner in 1999 and was Mayor Pro-tem in 2001. She has served on various boards, including the Classic Center Cultural Foundation, the Citizens SPLOST advisory committee, Habitat for Humanity Women’s Build, the Georgia Federation of Women’s Club, and the Classic Center Authority. She co-chaired the “We Let the Dawgs Out” public art project, which continues to bring Athens artists and businesses together to benefit non-profit organizations. Linda is currently a business analyst and trainer for PCC Technology Group, a software development company. 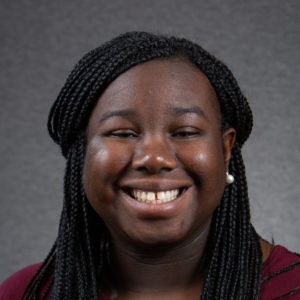 Ms. Green is a graduate of the University of South Carolina, where she received master’s degrees in Library and Information Science and Public History. Her interests in both fields routinely overlap, and include archives and preservation management, museums and information institutions, cultural resources and heritage administration, and the laws, policies, and larger societal systems that govern those physical and intellectual bodies. With a decade of experience in music performance, she is also an advocate for music and music education in all its forms and interpretations.

Ms Kuykendall relocated to Athens in 2009 from Denver, Colorado after working for over 20 years as a landscape architect specializing in park planning for the National Park Service and the City of Denver Parks and Recreation. A graduate of the University of Wisconsin (BS) and the University of Colorado (MLA),over the years she has gradually shifted her focus from science and environmental planning towards garden history, yoga, painting and photography. Art has always been a part of her life; collecting, making and appreciating. She strives to make art part of daily living. 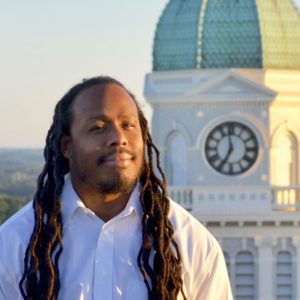 Montu is the Ambassador of the Athens HipHop Community, co-founder/chief operating officer for ATHfactor-Liberty Entertainment, a dedicated member of the East Athens Community Center Staff, and father of five. He embraces his roles as a writer, poet, mentor and community activist; he is an intellectual, a revolutionary and a community leader. Montu, with business partners Reggie Sykes and Khaalis Brooks, plans events and books entertainment through ATHfactor-Liberty Entertainment (ALE). He has produced countless songs and helped organize many HipHop events in Athens, including First Tuesday: World Famous Hip-Hop Night, Hip-Hop Don’t Stop Series (That Bar), ATHfest’s annual Many Faces of HipHop showcase, King of the Ring Emcee Battles, Athens HipHop Homecoming, Southern Gumbo Showcase, Tasty Tuesday weekly Hip-Hop Night, Beat Wars-beat battles and several weekly poetry nights. His has interests beyond music; he serves as community liaison for the Chess & Community Conference board and is on the Hot Corner Festival planning committee. He is committed to never stand idly by when much needs doing. He believes in a “boots on the ground” approach when it comes to solving community issues.